Golf Equipment of the Highest Caliber from Mizuno USA

Golf Equipment of the Highest Caliber from Mizuno USA

The Mizuno Group was founded in 1906 by Rihachi Mizuno. “Nothing feels like a Mizuno” is their slogan, and many of the best players in the world will happily agree. Read a number of other Mizuno golf clubs reviews and you find this repeated time and time again. 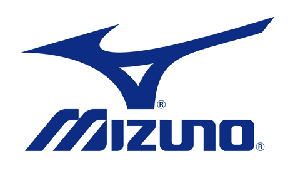 What started as a small family run sporting goods store in Japan, has expanded and become a global leader in the manufacture of sporting equipment. Golf isn’t their only market, as they are also world renowned in baseball, softball, volleyball, and running equipment, footwear, and apparel.

The Mizuno Group, made up of the Mizuno Corporation and 13 subsidiaries, has been engaged in the manufacture and marketing of sports goods for more than a century. The fact that they are one of the world’s most popular brands is testament to its brilliance. However, they don’t just make and sell sporting equipment. They also operate sports facilities, including five-a-side soccer courts and golf schools, along with a number of public facilities.

More than a century of excellence

Sport has always been a popular pastime and the sporting events we’re used to today first gained popularity around the mid 19th century, in Europe and The States. Our Western idea of sport first arrived in Japan after the Meiji Restoration in 1868. After that its fame spread very rapidly. Japan first participated in the Olympic Games in 1912. Founded as Mizuno Brothers Ltd in 1906, Mizuno has helped to develop sports in Japan and across the globe. Sport has played an important part of history, and Mizuno has played a vital role.

A brief history of Mizuno golf clubs and sporting equipment

1906 – Mizuno Brothers Ltd was founded by Rihachi Mizuno and Rizo his younger brother. Their shop sold western odds and ends, including baseballs.

1989 – The 1st Mizuno Tokyo Open Golf Tournament is held, and the Mizuno Corporation of America is founded

Mizuno – A world leader in the art of producing forged heads 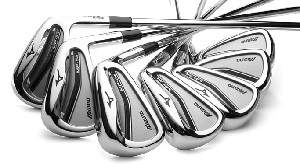 Mizuno has a reputation that is unequaled, which is in part due to the processes used to make their clubs. Few will question us when we say they are the world’s leading iron forger. But what’s so great about forged clubs? Better distance control, consistent feel, and more precise feedback for the player are the qualities their reputation is built on.

What’s so special about cast iron, rather than forged?
Forging produces better quality and greater consistency in the metal. There’s no denying that casting is a far more economical way of producing clubs, which is reflected in their much lower prices. However, as often happens, there is a downside. Casting involves pouring metal into a mold, which always results in tiny air bubbles being trapped inside the metal. The bubbles produce an inconsistent face, which means that two exact same shots can produce differing results.

Are these inconsistencies really that important?
If you only use cast clubs you probably won’t appreciate the difference. But try a few hits with a forged head and you’ll notice the improvement. The shot will feel more solid and sweet.

A number of popular wedges are cast – so what are the benefits of Mizuno’s forged wedges?
The forging process enhances feel and distance. A vital factor for short shots. Mizuno golf clubs are many using mild carbon steel, which offers extra touch for the player, because it’s a softer metal. The fact that the head is more solid also gives more feel, providing more feedback. The integrity and purity of the forged metal also help to get consistent distance, which serves to boost confidence.

Mizuno irons are made using a patented and trademark system call ‘grain flow’
Mizuno golf clubs and irons are made by forging metal rods or bars. There is a natural flow to the fiber, called a grain. The grain serves to strengthen and reinforce, which improves the durability, consistency, and integrity of the metal block. The grain acts much like the steel rods often found in concrete constructions. Mizuno is the only company that arranges and controls the flow, and the improved performance is a great benefit to the golfer.

How are Mizuno clubs made?
A bar of mild carbon steel is taken and about half of it stretched into a narrower diameter. This is the end that will become the hosel. The flow of the grain is maintained as it is trapped inside the bar, by the stretching and squeezing action. The half with the squeezed metal is then put into the primary forging mold. The hosel portion becomes the hosel and the rest becomes the face. This means there is minimal waste. 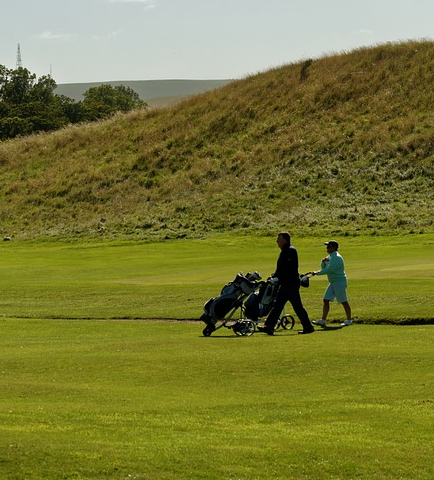 What are the benefits of this one-piece construction, rather than welded-neck clubs?
The one-piece construction of Mizuno clubs offers players a very solid and satisfying feel. When a face and hosel are welded together, the weld breaks the metal’s flow lines, creating a level of inconsistency in the structure.

Forged irons require a little more TLC
A small downside of forged irons is that they have a tendency to rust. The mild carbon steel used in Mizuno’s clubs will rust if it comes into contact with moisture. This means they require a little more care and attention than those made using stainless steel. Mizuno does use chrome plating which will offer protection in most cases, but it’s still possible for moisture to penetrate the surface through tiny abrasions made by sand or grit. This means that the clubs need to be kept dry, and the headcovers kept off in between rounds. Adding a spot of lubrication will also stop rusting becoming a problem.